Start reading in: Chapeau before the trial.

People were already sitting on benches in the courtroom. I was led to the glass compartment for the prisoners, the handcuffs were removed, and as soon as I went inside, the glass door was closed behind me.

Recently, the cells in the courtrooms were replaced with glass ones, which are called “aquarium” for prisoners. I wonder if before we judges and prosecutors are considered “beasts” because of cells, so now we fish for them? Sharks, piranhas, what kind of predatory fish? Ah, pike! The arrogant look of the Prosecutor and her contempt on her face one hundred percent expressed that I was for her “pike”, only the letter “C”.

Among other people, my son was sitting on the bench, the bailiffs of the court did not allow him to come to me and even forbade us to talk to him. Then we began to talk in “children’s dumb sign language”, which was clear only to the two of us. And no one could stop us!

In total in a hall there were not so many people: my son, three victims from four, two more unknown guys, the Prosecutor, the court Secretary, five escort, three bailiffs of court and the scoundrel lawyer who was with the investigator in the last meeting in prison (Chaos on the investigation.).

My lawyer by agreement from the neighboring region was not. It was the tenth lawyer who disappeared during the criminal prosecution of me.

Previously, I did not even imagine that in the legal system such a number of scams and scams! The lawyers I faced, reaching out for the money, with honest eyes, promised to protect me to the bitter end. But as soon as the money was in their pocket, the fervor of the defense immediately disappeared, as did the lawyers themselves. Most of all I was struck by the lawyer, who first recommended my “friend” (now I can not call this man, whom I naively idolized the last five years).

First, the lawyer took my son’s Deposit in the amount of fifty thousand rubles (at that time the son with him was not a hundred thousand rubles, which the lawyer requested). At the first meeting with me the lawyer hinted that in a month it will be necessary to rewrite our car on it. And in the same meeting I transferred the requirement from people who “behind it stand”: I have to organize to them one warehouse business and receive on it the license. They confiscated someone’s warehouse and it already belonged to them. I must say that for me it was not difficult to do, but to obtain a license need money and not small. Which is what I told this lawyer. To which he replied:

“What do you want, freedom is expensive now!»

I gave my consent, provided that as soon as he proves my innocence, then fulfill all requirements.

However, this lawyer wasn’t going to prove anything, in a week after our meeting, he demanded from me three hundred thousand for the investigator, and warned that soon there will be a big sum for the Prosecutor. Exactly what amount he answered vaguely:

“Maybe five hundred, but I think twice as much. Still it will be necessary to give to each victim on hundred thousand that there were no claims. If anything, they can all wait for you to sell the apartment and the car.»

I was shocked and furiously declared:

“That is, I have to pay millions for what these all &&&&&&&& (forbidden word) slandered me and falsified the case?»

“Did you get under the system, it is useless to fight! This system won’t let you out of its clutches for free!»

I looked at him with disdain, restraining myself from spitting in his face.

“Return the fifty thousand to my son, which you took as a Deposit. I don’t need a lawyer like that!”I said calmly.

Of course the lawyer got lost and did not return any money.

Now, I sat in the aquarium and looked at these people from the “system” who live and get paid from our taxes.

The court clerk called for silence and announced:

Continuation: Shapito-show of the court session. 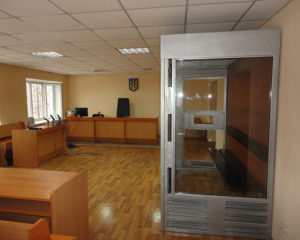