Beginning: My first steps into a prison family.

Of course there are instructions on torture in prisons for certain prisoners!

About torture can tell not only prisoners who have suffered all the bullying, but also former prison workers.

So, there are two groups of torture:

These methods of torture can be divided into the following categories and techniques: deprivation, coercion, threats and humiliation, isolation and restriction of communication with the outside world, medical.

these are effects that can lead to disorientation, confusion, feelings of loneliness, fear, psychological and physical discomfort, etc.

Victims are deprived of many of the things they need, such as light or sound; they can also be blindfolded, indoors, without food or with limited access to food, water, change of clothing, health care or health facilities for a long time; they are deprived of personal hygiene, other basic needs, etc.

Victims may be deprived of information and the ability to know their legal status or their location (frequent transfers from one place to another, frequent sleep disturbances, lack of radio, letters, Newspapers, etc.).)

Other deprivations relate to the social sphere – the victim is not allowed to have meetings with loved ones or to perform religious rites.

the victim is forced to act or witness events aimed at mental pressure.

For example, the signing of false confessions or the method of “impossible choice”, in which the victim is forced to choose from two options that both have almost the same negative consequences.

can be directed both at the victim and the victim’s family or others close to the victim.

– Isolation and restriction of communication with the outside world:

Such methods have a mental impact on the victim, by providing various false, contradictory, confusing or incorrect information, as well as the use of reverse psychology (Reverse psychology is the result obtained in the Commission of the actions of one direction, which causes a person to do the opposite, etc.).

the use of psychotropic or other drugs like: sedatives, sleeping pills, psychostimulants, hallucinogens or drugs, as well as hypnosis or other methods, techniques or means.

include methods that do not leave visible traces of trauma, but have more serious consequences leading to mental destruction of the victim.

On the other hand, these methods do not exclude the possibility of physical torture or corporal punishment.

Various methods of white torture can create serious psychosomatic disorders or cause the death of the victim, creating a psychoneurological imbalance, even if the original purpose was only to obtain confessions.

The source of mental torture: https://studopedia.su/11_72964_psihicheskie-psihologicheskie-pitki.html

One of the most common methods of torture in a women’s prison is considered to be COMBINED TORTURE.

They are usually carried out by groups of prisoners who are willing to cooperate with prison administrations and are ready to carry out their orders without question.

On the other varieties of torture with illustrations that are used in Russian prisons, from “flying airplane” to “flight swallows”, on his page says: 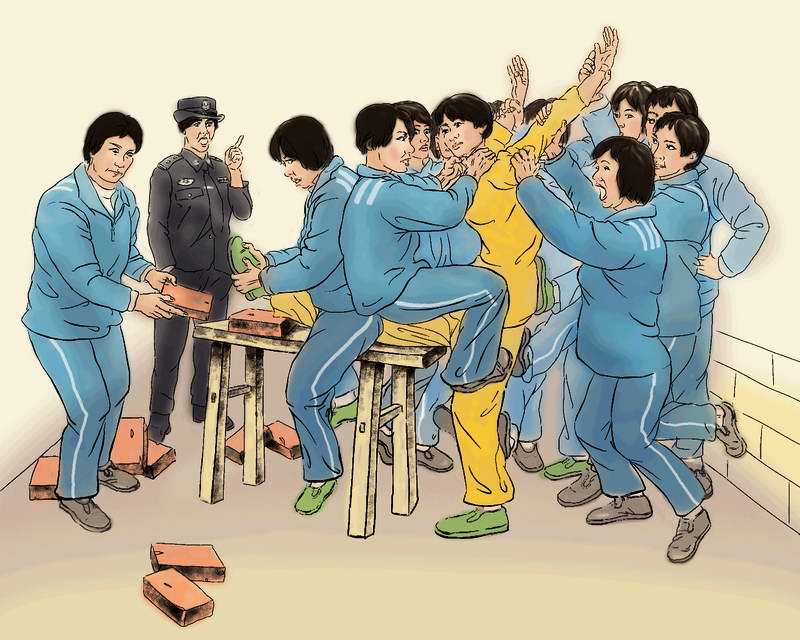