At the morning six-hour check Masha-khokhlushka announced the convoy that we will go for a walk than surprised them. During the time I was in prison, we never went out for this morning walk.

Exactly at seven in the morning the four of us, except Natasha-Armenian, were taken out of the cell. We were accompanied by an unknown convoy.

Along the way we came across guards with angry dogs, who at the sight of us, began to bark furiously or growl. We walked through some dark maze with no Windows and it was scary. When another door opened at our appearance, we were in a bright lighted room.

“We pass through the men’s building. This building was built under some kings and stood during the war.”- quietly told me Natasha-“thief.”

At the meeting we were a group of men. The convoy that accompanied them commanded them.:

“Stop! Hands behind your back! Face the wall!”.

The men quickly complied, pressing his chin to his chest.

Passing by the prisoners, I found myself thinking that I had no fear of these criminals. Although recently, before leaving the court, I must, at this meeting, fell into a swoon from fear.

When we finally entered the exercise yard, I was disappointed.

The patio resembled the same camera: high walls, but without Windows, armored door, and instead of the ceiling was a grille (below is a similar photo from the Internet).

From a long stay in the air, we all felt dizzy.

The four of us sat on a single bench and sat silently for an hour with our eyes closed. So it was nice to feel the frosty air. And from somewhere above, music was heard mixed with the joyful voices of the leading radio “Europe Plus”.

When we were taken back to the cell, we were met by Natasha-Armenian with hot coffee. Looking at our flushed faces, she said:

“I’ll come with you tomorrow too. But one must always remain in the camera that we accidentally did not put in handbag!»

Right after lunch, a young girl was brought to our cell. A pretty twenty-year-old drug addict.

“Girls, I still after the “salt” don’t let go. So, don’t pay any attention to me!”she said, darting nervously around the cell.

For several hours we watched her changing behavior: she sobbed for no reason, then rolled on the floor in uncontrollable laughter. But when she, throwing off all her clothes, began to furiously tear her skin with her nails and pull out her hair on her head – we began to Bang on the door and demand to call a doctor urgently.

Somehow putting on her clothes, “goat” dragged her to the “hospital”. She screamed at the whole body like a wild animal, that the body ran goose bumps. For me it was a terrible sight!

We were all in a state of shock, Natasha-addict silently crying on his rack and cursed the day when she became a drug addict.

We all came to the conclusion that after this attack, the girl-addict or died, or went crazy.

When, an hour later, the reservation was opened, and the goats dragged her insensitive body into the cell, throwing it on the floor at the threshold, we were even more shocked.

Natasha is an Armenian felt his pulse and said:

“Threadlike, barely palpable. Let’s put it on a free rack.»

The drug addict almost did not breathe, and we all shook from the experience for her.

“Bastards! They didn’t want to keep her in the hospital, not to be responsible for her death!”- nervously lighting a cigarette with trembling hands, said Natasha-Armenian.

And we looked at each other, even more twisted, looking at her deathly white and scratched face.

A new group of guards stepped in for the evening inspection. When the “V.” have come to us in the camera, the first thing asked:

“Well, what is your “salt”, walked away after the attack or stiff?»

He then looked at her face and continued:

“Well at least my eye is not scraped. Once on my shift, one “salt” a fork in the eye stuck something she was seeing things. And you if it to kick in – just call! To on mortem bioanalysis took, as proof of, that she died from drugs!»

After his words, it became easier for us that don’t want “to hang on us her death”. However, we were still tense.

It’s very scary when you watch a person die from drugs.

Before lights out, “pocket armour” opened and “Viktorovich” said:

“Guys, who of you have sinned? Called “station” and said that two new arrivals have settled for you!»

We, nervous, expected two more same “salt”, but we were waited by a surprise.

In cell have been created two: young and pre-retirement age women.

“My name is Olya, closed for robbery.”the young one said.

“My name is Zarima, I – for a bribe to officials” – the adult reported and burst into tears.

We, too, all in turn introduced ourselves and explained the situation in the cell with a dying drug addict.

Zarima walked over to Bronya and began to chatter furiously. When I opened the pocket, she began to scream and writ:

“Immediately transfer me to another cell! I’m not sharing a cell with a dying junkie! You don’t know whose relative I am yet. Report me to the warden immediately! As soon as he hears my name, then immediately fly here!»

“He already knows you’re here. It was he who ordered you to be placed in this cell!”- quietly answered her, “Viktorovich”.

“But maybe he doesn’t know that a drug addict is dying here!”- confused and already quiet voice said Zarima.

“Believe me, everything that happens in prison is reported to him first!”the guard calmly said and slammed his pocket.

“Her death is going to hang us!”- in one voice said the newcomers.

After lights out, none of us lay down. We took turns bringing the mirror to the nose of a dying drug addict, but each time it was fogged, and we sighed with relief.

“We must report to the cauldron!”- unexpectedly for everyone and for myself, I said.

My remark cheered everyone, as if I had said on a sinking ship: “Earth!”Everyone unanimously supported my decision, and Natasha quickly wove a rope for the “road”.

About three in the morning Masha-Ukrainian barely managed to “put a road”. We wrote on the pot together, thinking over each word, so that if the note fell into the wrong hands, none of us were hurt.

After a while, with the boiler “flew” the answer:

“The ambulance will be here soon. Get the road immediately. We’ll send you a flight tomorrow. Why didn’t that without? With ar.HC.»

Masha-Ukrainian quickly “off the road”. And within twenty minutes three guards came into the cell, and behind them two “goatmen” dragged a stretcher.

When the insensitive drug addict was loaded on a stretcher and carried out of the cell, one guard, glaring at me with hating eyes, said menacingly:

“Decided to play by your own rules? Look, don’t flirt!»

When he came out, I was shaking with fear, and my legs were shaking. Natasha-“thief” hugged me and said:

“Do not worry, this schmuck does not know who protects you! Adam won’t let you get hurt!»

“Adam Who? N…Xiang?”- I heard behind him the voice of Surimi.

“How do you know him?”I asked in surprise, I had heard Adam’s name before in court.

“Thank God, I got to the right camera!”zarima said happily.

Continuation: The neighbors in the house are added. 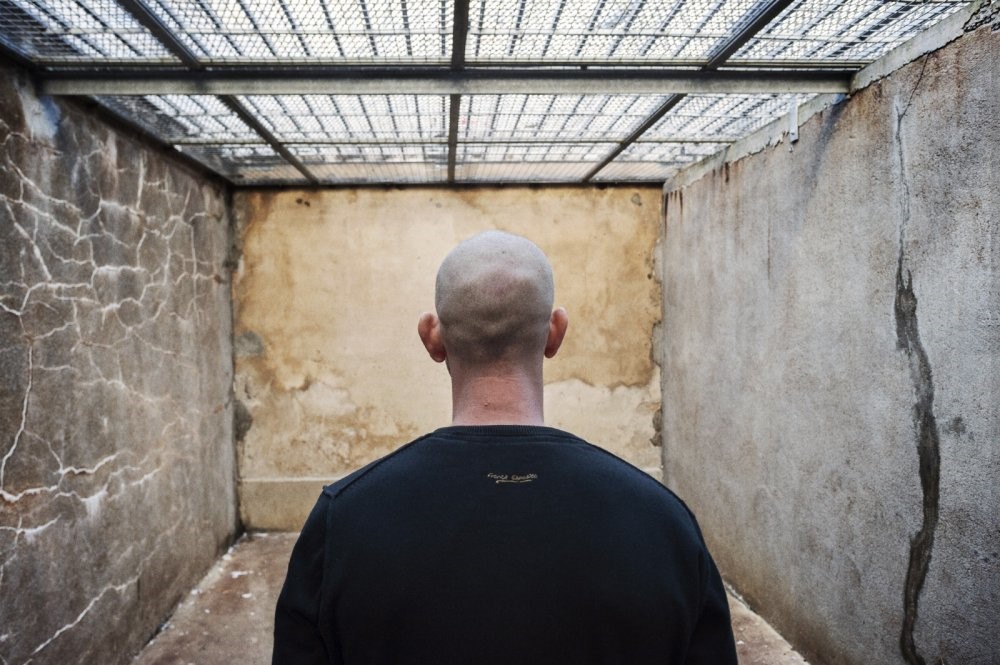