Beginning: The composition of the house №190

The prison showdown in women part 1. Or my first week in prison.

The morning of December 31 was terrible for me. Looking at my reflection in the mirror, I saw swollen and red eyes. Over the past three days I cried so many tears that the witch from the cartoon “Three heroes and Shamakhan Queen” washing their number – would find eternal youth.

The court of appeal dismissed my complaint and left me under arrest for the next two months in a women’s prison.

Returning to the cell after the appeal session, I assumed that the prisoners of hut No. 190 would start gloating and saying: “Well, we told you!”(so all my life my mother cautiously and enthusiastically declared on all my failures). However, when I crossed the threshold of the camera and did not have time to say anything, as Masha-khokhlushka came up to me and immediately hugged, saying:

“Everything will be fine, just don’t give up!”

I burst into tears, I was surrounded by absolutely all the prisoners and began to calm down, each in the eyes were tears.

“All right, enough of tears, send for lunch. We’ve been waiting for you for two hours and we’re not eating.”

Looking at the weeping and confused Gypsy, I remembered how the other day they argued with Masha-khokhlushka, who reproached that Natasha is fat for her years, because food is the meaning of life for her.

Wiping my tears, I laughed loudly and hysterically. The others began to laugh too.

At this moment on the armored door opened the pocket and found the face of “longitudinal”, she with a serious face asked:

We were again covered with a wave of laughter. And longitudinal resentfully told:

“Why are you laughing? I’m serious!”

Masha-Ukrainian came to armor and holding back laughter said:

“Alla, thank you very much for your care! But only a psychiatric hospital can help us.”

All these three days the prisoners tried to distract me from the sorrowful thoughts. And each convinced that it is impossible to give up and give up. Mila-Doronina and Natasha is a drug addict (crocodilia) to learn that I know how to play backgammon, constantly distracted by my game.

“Girls, I’m here, he thought. And let’s spite all our enemies will take care of your face and body every day, so as not to start here ahead of time to grow old. We have to be well-groomed – a women’s prison won’t break us in this! We’ll wear makeup in the morning and go for a walk to breathe fresh air.”

Then she each of us has put in order eyebrows with threads, so much so that not every beauty salon will do it with tweezers. The technique of plucking you can read in: Prison beauty salon. 7 tips from the prisoner.

But no matter how the prisoners tried to distract me, every time I went to bed, the tears themselves flowed in a stream into the prison pillow. Her heart sank with anxiety and concern for her son, who was left alone and without family support. With such problems that fell on him, even an experienced adult man can not cope, and where there is a young man.

So, the morning of December 31.

Masha-khokhlushka, looking at my red and swollen from tears eyes, reproachfully shook her head and ordered:

“Well, quick, warm tea bags on the eyes! And then immediately make up and we will decorate the whole house camera and Christmas tree to celebrate the New year! As the tree we will be Natashkin green robe!”

After tea bags my eyes looked shining, I quickly put on makeup and joined Natasha-Armenian in the General cleaning of the chamber: with the help of an aqueous solution with white we disinfected and washed the rack, walls, Windows, doors, table, benches.

On one wall near the dining table, a green Bathrobe girls has built a tree that was nailed to the wall studs, which are pre-Mila pulled out of the linoleum on the floor.

And three Natasha (Gypsy, new and 45-year-old drug addict) prepared festive dishes from the products that we had, cutting products with the help of “cutting” (iron covers from cans, sharpened on the one hand and bent on the other, so as not to cut his hand – a prison ban!). A knife or scissors can be taken from the “longitudinal” warden, but on the floor there were 10 women’s cameras, and the knife was one and almost always someone busy.

Towards the evening check in our Luggage and we shone a festive mood.

At six o’clock in the evening to check we went five guards, among whom was the “Viktorovich”. All of them verbally congratulated us on the new year holiday and wished us a speedy release. The guards now not to take video of our Feng Shui – the tree of the gown.

Before leaving, Viktorovich warned us:

“Girls, in the morning checking that the decorations were gone. Tomorrow after vacation takes Olga, and you many already know its disposition. I do not wish any of you to spend the first day of the New year in the punishment cell because of the violation of the “Rules of the internal regime”. You studied it at the booth, right? And there it is registered that it is forbidden to paste something on walls and Windows. Well, all the beauty, happy New year! Yes, and the administration of our jail allows you this night after lights out not to sleep and watch TV until the morning six-hour check!”

After the official lights out at ten in the evening, we began to set the table prepared Natasha dishes, there were: meat Solyanka, fish cutlets, fried potatoes, herring under a fur coat, Olivier, crab salad, sausage and fruit cuts, bottles of Coca-Cola, lemonade and Apple juice.

An hour before midnight, we all sat down at the table hut to spend the old New year’s delicious dishes. About half an hour later we heard some noise outside the Windows and opened two Windows at once, began to listen.

A lot of people were shouting behind the tall prison wall:

And then right over the prison burst a long salute.

We all hut wept, and the men’s case was heard shouting: “Life to thieves! Forever!”

A few minutes before the chimes, sitting at the table, Natasha Gypsy each of us handed out a clean disposable Cup. All my cellmates smiled mysteriously at me, waiting for Masha-khokhlushka from a half-liter bottle of Pepsi-Cola to pour transparent liquid into glasses.

Sniffing the liquid in my glass, my eyes almost popped out of their sockets. All the girls laughed quietly at this point. The glass smelled of moonshine (alcohol-a hard ban on prison)!

Later we sang songs and danced together with participants of “new Year’s light” from the TV. Of course, half a liter of moonshine for eight adult women is a little, but we all felt intoxicated.

Fruits, sweets, coffee, cigarettes and holiday babies “flew from the boiler and from other cameras on the roads”.

Closer to the morning check when the camera was already removed all the decorations and we all drank tea with the cake, I quietly asked the girls:

“And monitoring in our cell, the police will not know that we were drinking alcohol?”

“Calm down, our camera does not have camera”- Yes said Mary hohlushka.

“Really? Maybe she’s secretive? When I was issued at the entrance to the jail, I was given a form in which it was written that I was acquainted with the fact that in all the rooms of the prison I am under video surveillance!”I said.

Women all at once tensed, and Natasha-Armenian confirmed that she also signed such a paper at the entrance. The other women, as it turned out, did not read what they were given to sign.

And then we all together began to carefully examine the entire camera in search of a hidden camera.

“I think she might be behind that grate in the hood,” I pointed to the place under the ceiling.

“Well, let’s stick it with paper, especially since cockroaches often fall out of there,” suggested Natasha-Gypsy.

And they did. However, our enthusiasm in a few minutes was “broken off”.

At seven in the morning, the armored door swung open and about ten evil guards with batons ran into the cell, headed by a stout woman closer to fifty. I find out later that it was the same Olga, which warned the warden, “Viktorovich”.

“Are you really here ohreneli!?”were her first words. “Who gave you permission to seal the hood? You want to suffocate in your cigarette smoke? Quickly all for continuing with your clothes!”she screamed.

I was very frightened, pulling out from under the bunk your bag, saw the jailers turned the camera upside down.

Joining the women “on the longitudinal”, I heard from Natasha-Armenian:

“This is a shakedown!”

Continuation: Shakedown in the house. 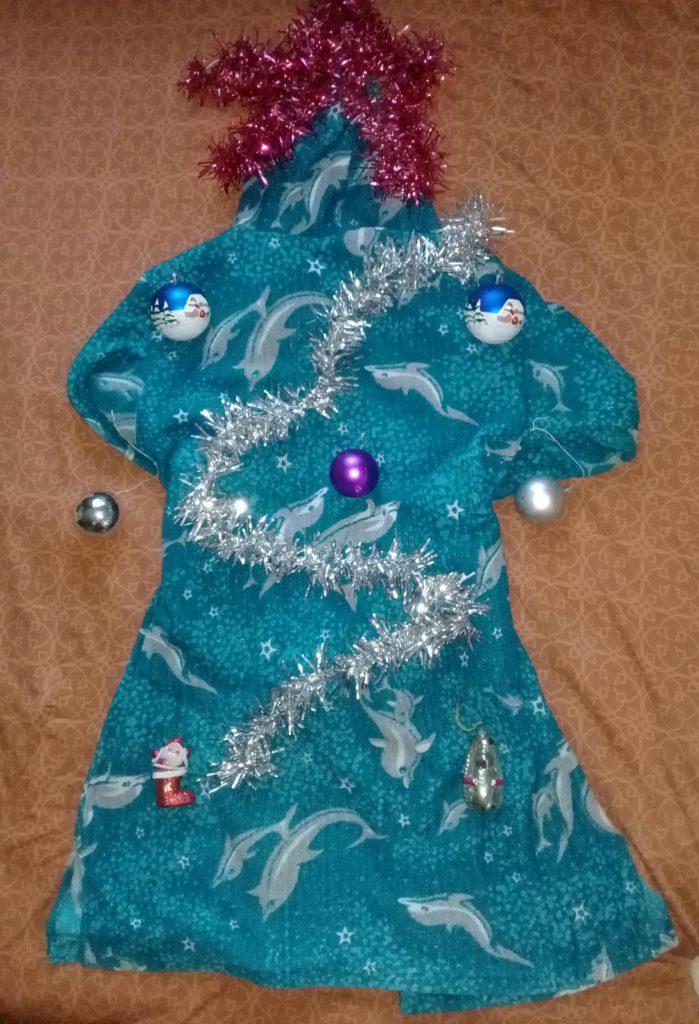 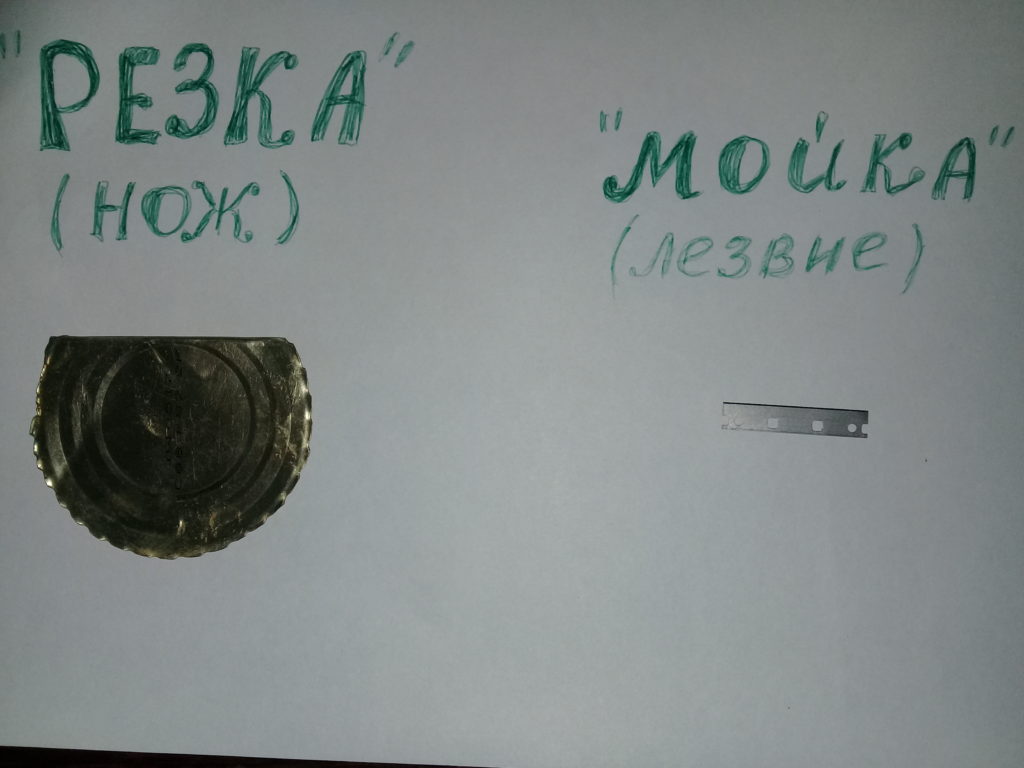