Not only the “inmates” use “Fenya” (slang for conversation), those same words sound and from the mouth of the prison staff.

So, women in the Central contained in a separate housing from men.

I don’t know why, but male prisoners call women in prison “Chickens,” and the female corps “chicken Coop.”

Among the prisoners – this word is also abusive and is considered offensive for many. Of course, I also scolded some women and called them “chickens”, because sometimes really in prison there are “Brainless prisoners”, because of which life in the “hut” is unbearable.

Many women’s “Huts” are very different from men’s. Most women developed a sense of comfort, so even once in terrible conditions of survival, it creates a comfortable environment around them. Of course, such conditions can not be created without the financial assistance of relatives, friends, but also without the permission of the administration.

Thus, with the permission of the prison Governor, the relatives of the prisoner can pay for materials for the repair of the prison cell. This paint for the walls, linoleum, water taps, new plumbing. Also, relatives can donate household appliances to the prison: a refrigerator, an electric kettle, an electric stove, a TV, a radio, a fan or an air conditioner, some furniture. And then, the prisoner will be surrounded until the end of her term in prison part of the usual things for her.

And then, in such “hut”, at the discretion of prison staff, occupy decent prisoners.

In my opinion, this is correct, because the prison staff read the documents of the prisoners and know that many “sit illegally”, they were slandered. And the prison itself, i.e. the pre-trial detention center is not a correctional institution, here are waiting for sentences.

I found out about the “comfortable cell” with a real shower and toilet only after seven months in prison, after suffering torture, bullying in the press huts. But more on that later.

Now I want to say a huge thank YOU to my son, who created a comfortable environment for me in prison, infringing on their interests and often remaining without a penny for life and food.

Photo from the Internet but it is identical to the chamber in which I found myself after passing through the four chambers. Photos that are similar to those cameras in which I was originally, will be able to see in the following articles. 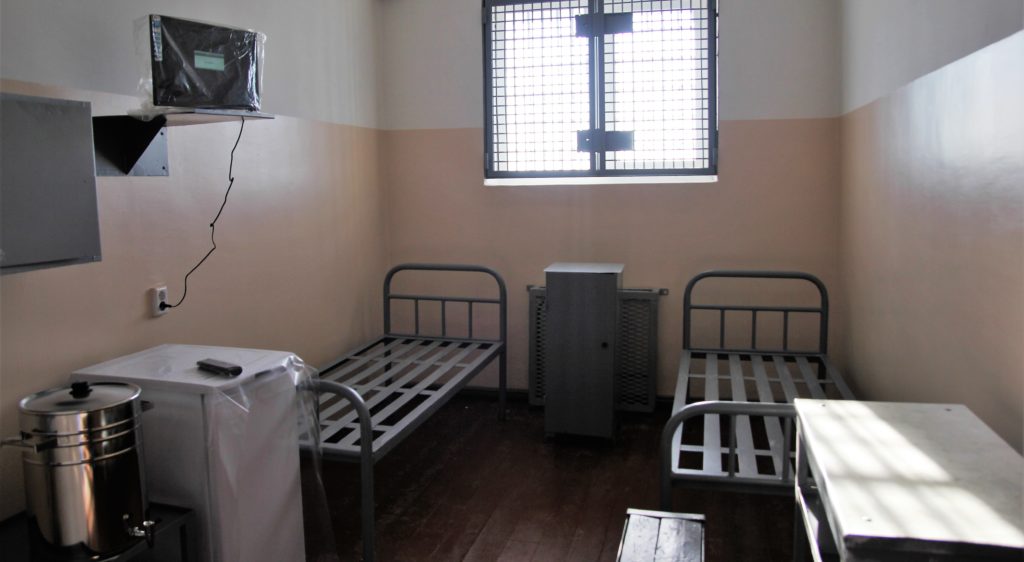