Start reading: Where the road from the prison of purgatory?

“Before you were brought to our hut, Vasilisa came and said that Lisa would be the eldest. You be careful with her, she’s a dark horse. She, Zhenya and Rimma were brought here a week ago. Jim and Rimma – “short” (i.e., all law breakers, love), they are Lisa’s dogs, protect and fulfill all of its orders. Aunt Ira and Larisa-Gypsy – the only adequate against the background of the others. Tamara-killer the other day on the stage leaving. Me in a week too, already sent to the area. Now, I’m Doronina in the house.”- explained the situation on the camera Natasha-drug addict.

“And Katya and Julia, what are they? I asked quietly.

“The two of them before you got into the house. Both are brief (recidivists). I don’t know why Vasilisa brought them here. By the way, they smoke like a chimney. But they are not “warm peredachku”, maybe that’s why they’re asked to quit. I’ve also decided not to smoke, because I only peredachki mom makes, and now she’s dependent on my son-schoolboy. Better instead of cigarettes, he will buy sweets.”- Natasha replied-a drug addict.

“Oh, Natasha, you are a clever woman, just graduated and had a heap of drugs, becoming an addict? I complained.

“Yes, that’s how it happened. Flabby. A friend offered to try. And sucked. It’s bad that I was not imprisoned twenty years ago, I would have been a normal person for a long time. And now after the crocodile, I don’t know how much longer I’ll live.”- sadly the addict answered.

“I’ve heard from other addicts, in the sump that they are after the next “prison in prison”, again begin to use on the outside. You, Natasha, if you survive the zone, then take your son in your arms and move to another city to live. Because the familiar environment and the environment of friends,drug addicts, again will pull you into the quagmire.”I advised.

“God grant to live to freedom. In zone must medical check-UPS to do, can as any will cure my rotting bones, which “crocodile” eats away at.”hope said she has always been a drug addict.

This conversation I had in the first hour of my stay in a non-Smoking cell. I began to sort out my things, and Natasha-a drug addict helped me. Quickly finished, we heated it with boiling water in my teapot and sat together drinking coffee. We were joined by an elderly prisoner aunt Ira and Gypsy Larisa. They laid out their supplies and treated us. Then Tamara the murderer came up to us and asked for a packet of tea, after which she also sat down at our table. I watched sideways for the rest of the inmates: all law breakers, love Kate, Julia, Eugene and Rima looked at us with envy, swallowing saliva, and Lisa looked angry.

“Now the girls will eat, and we go on, Lisa, let’s eat, and then we spent the day hungry!”- said the prisoner Zhenya.

“And You, what soup do not wear?”I asked the prisoners sitting at the table with me.

“Lisa stops to take soup to the stink of the prison food.”- said Natasha-addict.

“And what is eaten by those who do not peredachki relatives? I was surprised.

“In the evening Lisa cooks soup for everyone. She has an electric stove and a pot. Prior to her transfer to the camera, we all ate the soup.”the elderly prisoner aunt Ira said.

“I also sometimes eat the gruel in the morning a delicious porridge spread. And for dinner sometimes fish and chips. And so, beloved ones “of the world to put” if they are every day peredachki to do. Some of my relatives may be rich, but my son is the only one who makes me transfers, so I’m not going to give up all the prison food. I said loudly.

“This week, Lisa here, she’s actually no one did peredachku.”- quietly said the Gypsy Larissa.

“And whose food does she use to make soups? I was surprised.

“My, natalinas, Laricina and Genkinoy. Only us make peredachki. These two, Katya and Yulia, they came to the hut today with an empty package. Although here in prison, living for a month.”- the elderly prisoner aunt Ira reported with displeasure.

“But I’m not going to keep anyone here and feed the products that my child, saving on myself, I passes. If someone “not like in prison”, he must eat the soup!”I said loudly and looked at Lisa.

“Yes, right!”- supported me cellmates sitting at the table.

Lisa looked at me with displeasure. Of all law breakers, love Rima, Kate and Julia, too, was nodding approvingly.

“Yes, Lisa, the new girl speaks correctly. Me, sick old men make a program once a week, this food we ate in one day. I understand if everyone is eating the soup, you can treat. But, sorry, we for one sitting ate entire my food and now a few days hungry. Call longitudinal, tell me what we have for dinner tonight we will take the soup.”- unexpectedly the recidivist Zhenya supported me.

Rima is a recidivist jumped off the bunk-palms and knocked on your booking, when I opened the “pocket,” she a rough voice said:

“Tell balangero, we are tonight we’ll take the soup!»

After that, everyone in the cell brightened up and cheered up, except for Lisa,the senior in the house.

“And this Rimma, accidentally not male?”- I asked Natasha-a drug addict in a whisper.

“I don’t know. But he acts like a man. By the way, Zhenya, too, its habits resembles cobbles.”also in a whisper replied Natasha.

“So-so, Lisa is guarded by two males? And she, that, what orientation?”I asked Natasha in a whisper again.

“It hasn’t opened in a week.”- shrugging her shoulders, said the drug addict.

“I’m in shock, watching over the house – gay!”I said softly, but apparently everyone heard me, because absolutely all my cellmates stared at me in surprise.

With the exception of Lisa, she still looked at me with bewildered discontent.

For dinner-Balanda brought boiled potatoes with boiled sea fish and boiled beets. Absolutely all of the cellmates took the soup, even Lisa.

Later that evening, Natasha, “set the road”, and I sent Adam a “kite” that are in this camera. A short time later from Adam “flew” me the phone, gurney Finnish sausage and coffee. After talking to my son and Adam, I sent the phone back to him. For the first time, Adam forbade me to give my phone to any of my cellmates.

Natasha and I cut sausage and made sandwiches for everyone in the cell. I invited the inmates to drink coffee with sandwiches, refused only Lisa, the others gladly joined us. After drinking coffee, I decided to send Adam sweets. Taking a box of vitamin, which my son gave me, I Packed sweets in it.

“Oh, these vitamins I drank when I was pregnant. Are you pregnant?”- asked me an addict-there is a hardened criminal, Katya.

“Oh, no. I always drink these vitamins, they are the cleanest and without forgery.”- I answered the drug addict-recidivist.

“Well, that warned, and the we could think, that you to us got hooked for abortion. The other day we already helped one, she slipped in the toilet on the wet steps and aborted. It’s not our fault, is it, Lizok?”- laughing declared stupid recidivist-cobbles Rima.

Jack and Lisa, not saying a word he twisted his finger to his temple, saying:

What are you talking about, Rimka? Watch the market!»

But stupid recidivist Rimma, not understanding the hints of his friends, continued:

“And remember how in the last chamber, pregnant with the bunk-palm trees fell? She was sleeping next to me, and Lisa and Zhenya were under us. Then the chief scolded us that we didn’t catch it when it fell. Who knew she’d break a vertebra? Feel sorry for her, she is now paralyzed. But it is my fault, I had to agree when her supervisor suggested an abortion with pills do.»

Not a drop of regret in her voice – the recidivist spoke in a tone, as if retelling a Comedy film.

“And they are already pregnant at the Central drove?”- inquired an addict-there is a hardened criminal, Katya.

“I don’t know, nobody explained. They’ve already been moved in!”- answered male-recidivist Rimma.

“I understand you correctly, you are involved in the death of unborn children? And you’re talking about it so calmly now?”the old prisoner aunt Ira asked threateningly.

“It was an accident! The truth is, Lizok?  And Yes, I don’t care about these kids! I don’t even regret killing my husband, who raped our six-year-old daughter. Why should I care about other people’s children if my own suffer?”- hysterically yelled cobbles-recidivist Rima.

“Lord, Yes, you should be in a psychiatric hospital send!”- outraged the Gypsy cellmate Larissa.

“She was brought from there half a year ago. They said she was mentally healthy!”- said the recidivist Zhenya.

“Probably not a bad thing you paid for!”jealous said the addict-there is a hardened criminal, Katya.

Nobody reacted to the remark of the addict.

I, Natasha-a drug addict, aunt Ira and Gypsy Larisa looked at each other frightened. Each of us was afraid to be in the same room with an unbalanced killer, and the involvement of Lisa Eugene for the murder of unborn babies was no denying.

Could I have thought that a non-Smoking camera would be hell for me?

The first week in a non-Smoking cell or how to make friends with a warden. 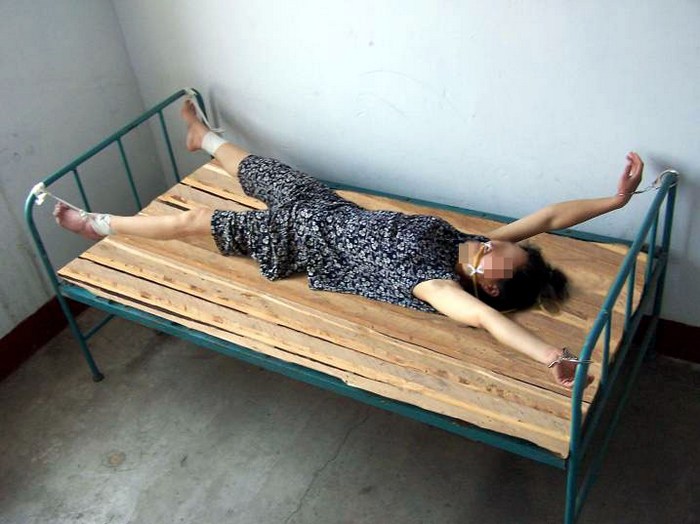